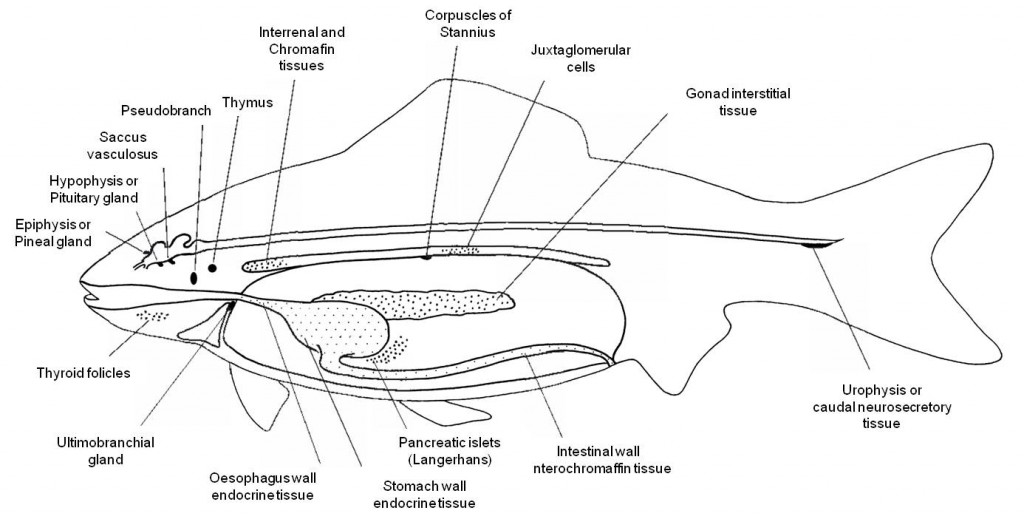 The endocrine system or internal secretion system is a set of organs and tissues of dissimilar origin, structure and location, which secretions called hormones, enter the bloodstream directly without a duct so they can reach distant organs. Hormones are signalling molecules that regulate many physiological and behavioural functions including growth, reproduction and water and mineral balance, among others.

There is a close relationship between the endocrine and the nervous system and often they act jointly to control and regulate different body functions and processes (neuroendocrine integration). Perhaps one of the best known examples being the hypothalamic-hypophyseal-interrenal axis, stimulated by a wide range of factors that are perceived as aggressive to the organism.

Pathological changes have rarely been reported for the endocrine system, included granulomas, cysts, oedema and adenoma.  Like other organisms fish are also susceptible to the action of exogenous endocrine disruptors, chemical substances that can interfere with marmoreal functions, homeostasis and regulation of developmental processes.