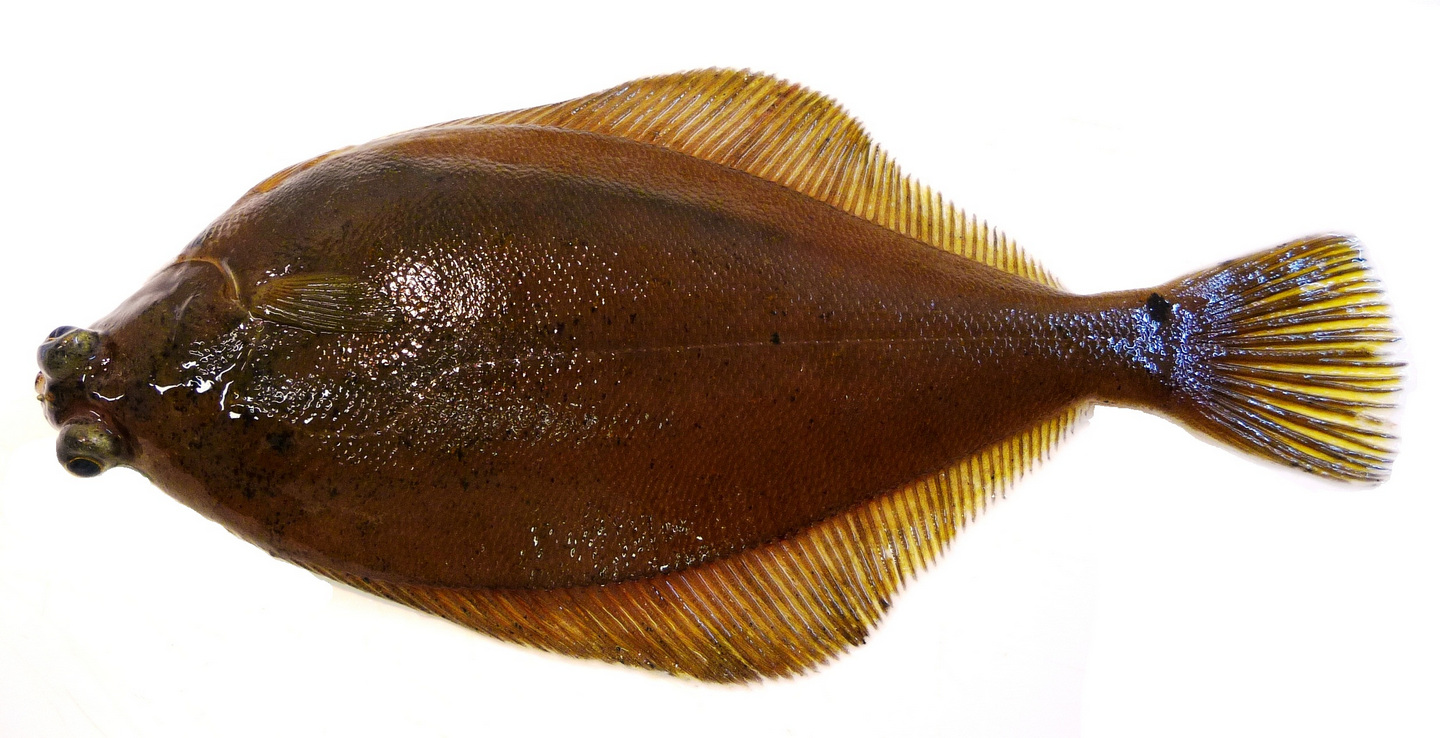 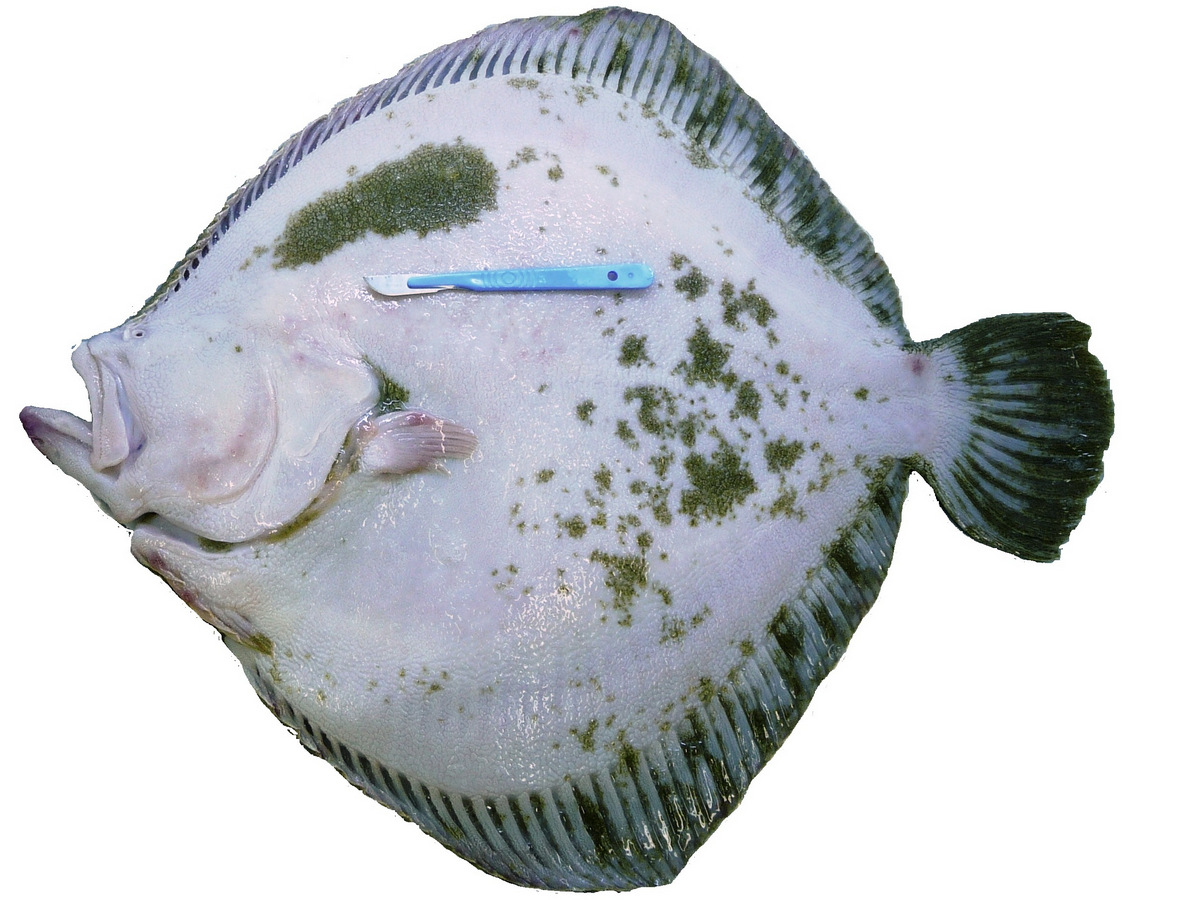 Both families are teleosts belonging to the order Pleuronectiformes, also known as flatfish, which includes mainly marine species, a few of which can enter freshwater. Symmetry is bilateral in the larval stage, but later during metamorphosis, one of the eyes subsequently migrates to the other side of the cranium, producing a usually light-coloured blind side that rests on the substrate, while the other side bears the eyes and different camouflaging colours. The dorsal and anal fins are highly developed and run the length of most of the body perimeter. Most  adult fish lack a gas bladder. The abdominal cavity is small, taking up less than one third of the body trunk. They are predators mainly piscivorous, and live in waters with temperatures ranging from 5 to 25ºC. and largely oceanodromous, however some are catadromous and benthonic, living in sandy bottoms at different depths. Within the order, the two families of special interest are Scophthalmidae and Pleuronectidae. The scophthalmids, represented by Scophthalmus maximus (turbot), have eyes on the left side. Their distribution includes the North Atlantic Ocean, and Mediterranean and Black seas. Pleuronectids, represented by Hippoglossus hippoglossus (halibut), Platichthys flesus (flounder), Pleuronectes platessa (plaice) and Limanda limanda (common dab) live in the Atlantic, Arctic, Pacific and Indian oceans. Most have eyes on the right side, with the highest frequency of eyes on the left side in flounders. Halibut may be distinguished by the caudal fin with a concave tip; they are also at least 4 times larger and 20 times heavier than the other 3 species. The rest of the species have straight- or rounded-edged caudal fins, and may be distinguished from each other by the lateral line and distribution of smooth and rough scales. The lateral line is almost straight in flounder, slightly curved near the pectoral fin in plaice, and curved near the pectoral fin in common dab. The integument also differs: flounder have scales forming a rough patch around the pectoral fin, plaice have small and smooth scales covering the entire surface, which is thus smooth, and common dab have rough scales covering the entire surface. Pleuronectiformes may be as long as 470 cm, as heavy as 320 kg, and live 50 years, with the highest values for pleuronectids. All the species are important commercial fishing resources and some of them are important to aquaculture (commercial and experimental) and sport fishing.